4 reasons for installing a battery charger in your car 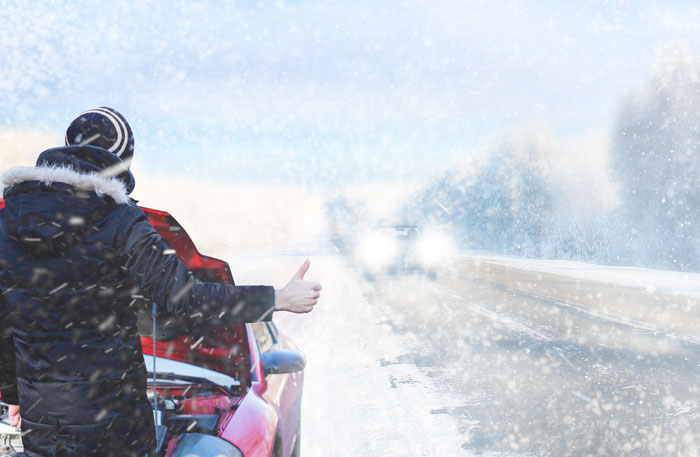 Save time, money and the environment by ensuring that your battery is always fully charged.

1. Avoid flat batteries and get a car that always starts.

Getting to your car on a cold morning and discovering that it won’t start because the battery is flat is as infuriating as it is common, especially in winter. Sub-zero temperatures weaken the battery more than most people realize.  At -18°C, even a new battery can only perform at 40% of its original capacity. Cold weather also increases the resistance in the battery, reducing how efficiently the car’s alternator can recharge it. Without the use of a battery charger, the battery routinely only charges to 60-80% of its capacity during winter.

Most of us are almost as unhappy about the cold as batteries are. Frequent use of comfort features like seat and window heaters is another factor that draws a lot of power from the battery. Along with the power needed for an increasing number of electronic systems in modern cars, this leads to the battery becoming drained. Using fuel-operated heaters only exacerbate the problem, as they draw a lot of power from the battery when starting.

Unlike what many car owners believe, a typical driving pattern is not enough to keep the battery sufficiently charged over time, especially in winter. At -10°C, you have to drive an average of 7 kilometers before the battery even starts charging. Significant charging requires driving much longer distances.

By using an onboard charger like MultiCharger 1204, you ensure that your battery is always fully charged and ready to start your car.

Having a flat battery usually means having to call for roadside assistance, and roadside assistance isn’t cheap. Waiting around in the cold when you should have been dropping of kids or in an important meeting is no fun either. Flat batteries are by far the most frequent reason people require assistance.

When the charging level of the battery falls below a critical level, this often leads to warning lights for the ABS, EPS, and other electrical systems to turn on. Even though nothing is wrong with these systems, you usually have to go by a repair shop and pay them a pretty penny to turn off the warning lights.

Fortunately, you can easily avoid these problems. By keeping your battery charged, you won’t have to pay for someone to come help get your car started. You’ll also significantly prolong the life expectancy of your battery, thereby saving you from having to buy a replacement too soon. An electronically controlled and temperature compensated charging cycle eliminates the possibility of overcharging and harming the battery. An onboard battery charger is also an excellent way to maintain batteries in vehicles that are unused or in storage for long periods.

3. It protects your settings.

If your battery becomes completely drained, it can no longer supply any power to the car’s electrical system. That usually causes it to reset, wiping out all your settings and preferences. So after you’ve gotten your vehicle started and driven around for a while, you’ll still have to spend some time setting up things the way you want them. By having a charger in your car, you’ll never have to worry about that ever again.

When your battery is not adequately charged, the alternator must supply the power to run the car’s electrical systems and to recharge the battery. Running the alternator like this requires the engine to work harder, using about 5-10 additional horsepower. This leads to the fuel being burned less efficiently and to increased fuel consumption. In turn, this leads to increased emissions of NOx and carbon dioxide.

By using an onboard charger, you avoid these issues. The benefits will be most apparent in winter. As discussed, the cold reduces the capacity of the battery, makes us use the heating systems more frequently, and makes the engine more difficult to start and run. Having a fully charged battery before you start driving is a good way to save some money and to improve the environment, both locally and globally.

The positive effects of a battery charger are further improved when combined with an engine heater, an interior heater, and a control system in a complete preheating and charging kit. A full WarmUp system reduces fuel consumption by up to 24% and emissions by up to 71% for the first 20 minutes of driving on cold days. Read more about DEFA WarmUp.