When the largest auto associations in Germany and Austria performed separate tests of leading charging stations, they both arrived at the same winner - our own eRange® Uno!

The tests, performed by the German ADAC and the Austrian ÖAMTC both included 12 leading charging stations with available effects ranging from 3,7 to 22kW. The test panels considered safety features, ease of use and reliability. The panels also evaluated installation and user manuals, as well as how easy the stations were to install.

eRange® Uno, here listed under its producer’s name ABL eMH1, became the overall winner after receiving top scores in each of the test categories – safety, reliability, and user-friendliness. 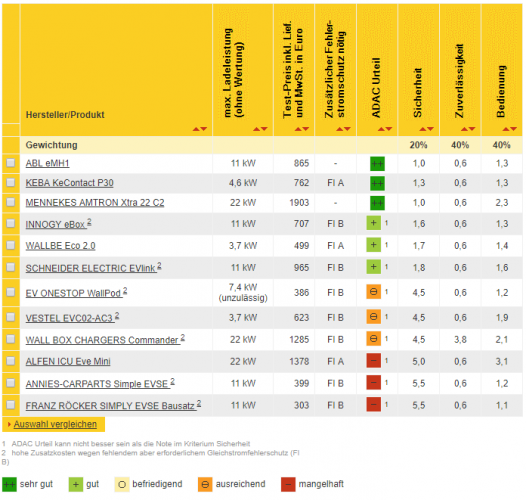 ABL produces the eRange® family, and it is marketed in the Nordics by DEFA. The two companies have a long-standing relationship and have cooperated in developing the new family of charging stations. eRange® Uno is an improved version of the best selling Salto Box (Saltoboksen).