The new EU directive means the end of fluorescent lighting – Is 2023 the year to make large energy savings that benefit both your wallet and the environment? 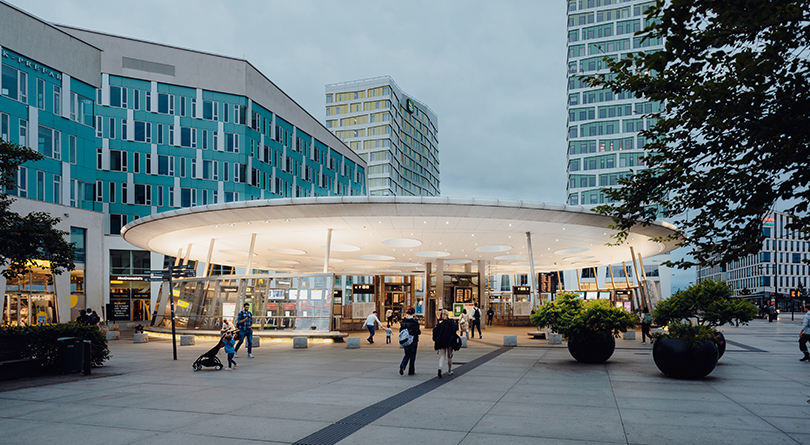 The new EU directive, which will enter into force in 2023, means the end of old fluorescent tubes. In other words, it is time to replace all old fluorescent luminaires.
The new directive is important from both an economic and environmental perspective. DEFA wants to take the opportunity to also emphasize on how important it is to make the right choice from the beginning and certainly not just remove the old fluorescent tubes and insert new LED tubes into the old lighting fittings’, says Sofie Öhman, Sales & Market Director DEFA Lighting Sweden.

Old fluorescent luminaires are everywhere. In housing cooperatives, offices, industrial properties, and in warehouses. But in 2023, these lights are to be phased out and will no longer be available for purchase.

– Taking into consideration today’s high electricity prices and the smart solutions available on the market, it has never been more profitable to invest in new LED-lighting than now. The fact that the new directive forces customers to replace old fluorescent luminaires is significant as this change will pay off immediately, says Sofie Öhman.

Modern LED luminaires consume 40 percent less energy than traditional lights. To give you an example; in a workshop with 64 2x58W conventional fluorescent lamps, you can, by replacing them with only 28 pieces of 128W LED lights, continue to maintain the same lux level. With an operating time of ten hours per day, 261 days a year, it is possible to reduce the power consumption by 15,702 kWh per year. At an average price of EUR 0,19, a replacement of old lights means a payback period for the installation of 13.6 months.

But it’s not enough just to replace the old lights with any energy-efficient LED solution.

– Many of our customers ask about energy savings and how much money they save by replacing their old lighting. And, that is of course primary. But something we also would like to clarify, which isn’t widely known, is that LED tubes are not at all the same as the recommended new LED luminaire. We have noticed that some companies choose to replace their old conventional fluorescent tubes with LED tubes and not with complete LED luminaires. They believe that this is the right way to do it. But this affects the heat level in the luminaire, which, in turn, damages the components contained within it. This causes the CE marking to become invalid, continues Sofie Öhman.

Many property owners have replaced their old fluorescent luminaires, several years ago. In these cases, it can be good to find out that there are great energy savings to be made by replacing a fluorescent luminaire with a new LED luminaire. It’s about innovation in the form of smart lighting controls; New luminaires have both daylight controls as well as motion and presence controls. Daylight controls allow the luminaires automatically adapt to how much daylight there is in the room and presence controls means that the luminaires – without you having to move – detect if someone is in the room. These are features that have a positive impact on both the environment and the wallet.

Sofie Öhman concludes:
– When the EU-requirements come into force, you are still allowed to use your old, energy-guzzling luminaires as long as they last. But we advise everyone to replace their old fixtures as soon as possible. Particularly due to the high electricity prices. And it doesn’t have to be complicated. At DEFA, we always make an energy-saving calculation that you get together with your price quotation. You can just sit back and let us figure out how much energy you can save.

Would you like a quote and an energy-saving calculation for your particular premises? Or do you just want to know more about the phase-out and what DEFA has to offer? Contact us today!!